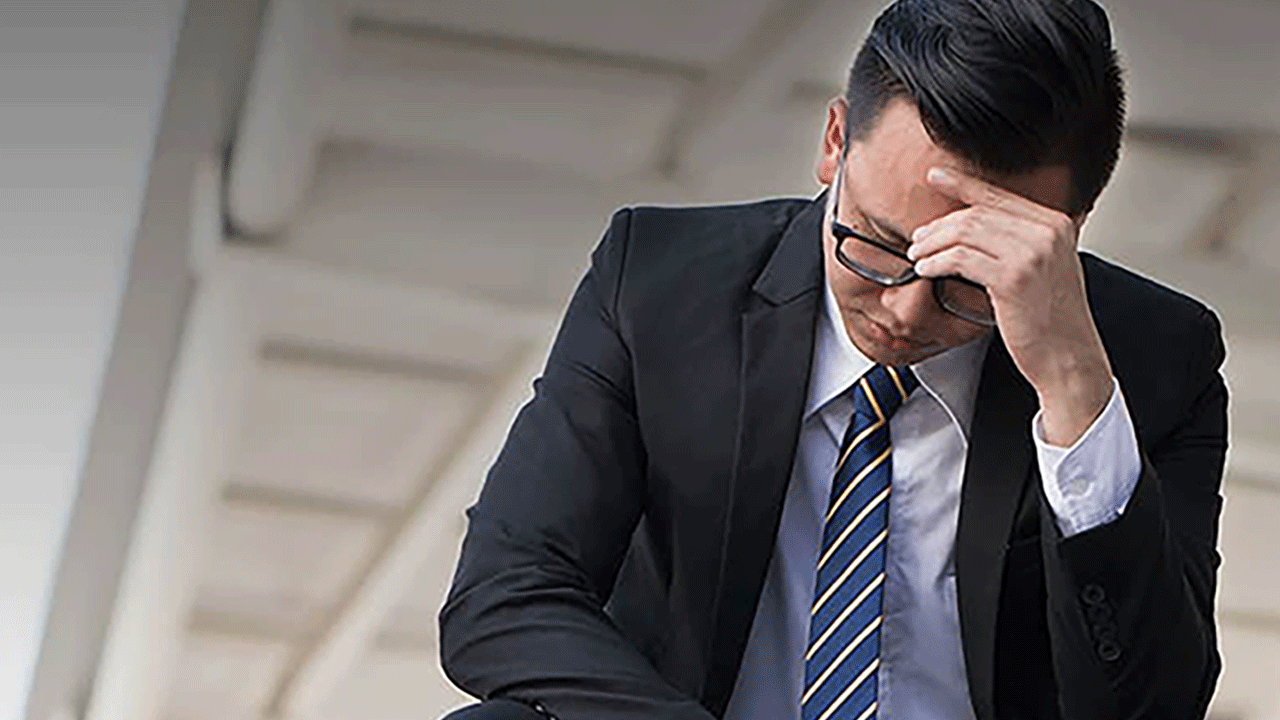 6 leading companies that failed to innovate and adapt

Business failed to adapt and innovate put themselves in a shaky position. Market leaders should be able to research growing trends and demands in the industry and integrate new development into their current products and services to stay ahead of the competition. After all, missing out on a few things or introducing a game-changing product a little too late can cost your business its dominance. In fact, some leading companies declared bankruptcy after a new player disrupted the market.

Here are some of the leading companies that failed to innovate and adapt to keep their customers:

Once a leading video-rental company, Blockbuster survived the shift from VHS to DVD. However, with most of its customers turning digital, the company failed to adapt, resulting in bankruptcy.

But, did the ever-evolving market needs kill them? No. The Forbes article described its business failure as its fault, releasing an article entitled, “The Internet didn’t kill Blockbuster, the company did it to itself.”

In 2004, Blockbuster was still dominating the market before it could no longer compete with the streaming service provider Netflix, which used to ship out DVDs to their customers’ homes. But, at that time, they didn’t see Netflix as their competitor. Instead, they thought their physical stores were enough to keep their customers. After all, they had been the leader in movie rental for years. Hence, they don’t see the value of updating their brand strategy.

Blockbuster even turned down a deal with Netflix in 2000 when its founder Reed Hastings proposed a partnership with the former CEO of Blockbuster, John Antioco. Through the partnership, Netflix wanted Blockbuster to advertise their brand in the stores, and in return, they would run Blockbuster online.

Antioco turned down the partnership as it was “ridiculous” and thought Netflix’s business model was “niche.” Fast forward to 2010, Blockbuster filed for bankruptcy, while Netflix became a $28 billion company.

If only considered as their short-term strategy, Hasting’s idea would have saved Blockbuster while giving them more time to think about how they could innovate their services and continue their operations.

Blackberry used to signify social class and sophistication by offering consumers a line of smartphones and tablets. Packed with trendy features and innovative specifications, the brand enjoyed success in 1998 and had its peak in the 2000s.

Everyone wanted to have a BlackBerry phone. However, the brand failed to adapt and prioritize the customer demands.

While other mobile brands launched devices with bigger touchscreen displays, BlackBerry didn’t innovate. Instead, they focused on protecting their unique identity: a brand offering a phone with a stylish QWERTY design and, of course, a secure mobile experience.

Though there’s nothing wrong with sticking up with your brand identity, it’s also crucial to identify the best time to adapt and change your strategy. For instance, BlackBerry failed to adapt to the market’s rapid innovations, pushing CEO John Chen to take out the company from the smartphone manufacturing business in 2017.

This list won’t be complete without including Nokia—the first brand to introduce a cellular phone worldwide. No doubt why it was once the global leader in the mobile industry.

Nokia provided customers with a sturdy device equipped with anything you need in a phone (at that time)—connectivity, alarm, calculator, games, long battery life, and camera. However, it was late to adapt to mobile changes because the brand was afraid it might compromise the user experience.

And while most mobile manufacturers shifted their focus on data rather than voice communications, Nokia still didn’t innovate. Instead, they held onto their hardware because they didn’t want to alienate their users by changing too much.

In 2007, Steve Jobs launched the iPhone, a touchscreen phone without a physical keyboard. Then, in 2008, Nokia finally decided to compete with Android, but unfortunately, it was already too late for them. In addition, their products weren’t competitive enough for the market then.

Meanwhile, Kodak’s failure to adapt could be the most heartbreaking story. Unlike other brands mentioned in this article, Kodak had already discovered what’s the next big thing in the industry. However, they didn’t do anything about it.

As the market leader of the photographic film industry, Kodak passed on its opportunity also to lead the digital photography revolution, even though it was them who invented the first digital camera back in 1975.

Steve Sasson, the Kodak engineer, invented the first digital camera in 1975. “But it was filmless photography, so management’s reaction was, ‘that’s cute—but don’t tell anyone about it,” says Sasson. The leaders of Kodak failed to see digital photography as a disruptive technology.

A former vice-president of Kodak, Don Strickland, also said, “We developed the world’s first consumer digital camera, but we could not get approval to launch or sell it because of fear of the effects on the film market.”

Kodak was so afraid it would lose its market dominance that it missed the digital revolution—after starting it. Fast forward to 2012, Kodak filed for bankruptcy.

Friendster was millennials’ greatest what if in terms of social networking sites.  It was once the most popular platform before Facebook took its spot.

Founded by Jonathan Abrams in 2002 in Sunnyvale, California, Friendster was designed to meet good-looking girls through his friends’ address books.

Introducing a fun way to connect with people, the site recorded almost three million users in 2003, although it is still in its beta test phase. So naturally, Friendster was featured in various media publications and shows, fueling its popularity.

Friendster also got funding from prominent investors, including PayPal founder Peter Thiel, former Yahoo Chief Executive Tim Koogle, and more. Google also made a $30 million offer to buy Friendster, but Abrams declined because he believed that Friendster would be worth more in the future.

Unfortunately, Abrams didn’t sit well with the board. Friendster’s committee, composed of Valley legends like John Doerr or Bob Kagle, was dissatisfied with Abrams. For instance, many saw him going to parties instead of focusing on fixing the site’s problems. There was even a time when it would take 40 seconds to load one Friendster page.

In April 2004, the company announced that Abrams left its role as CEO. Then, the site struggled to find the perfect fit for the position. After stepping down, Friendster had three CEOs in less than three years. Of course, this significantly impacted the company as it never had consistent leadership.

Yahoo failed to adapt because its management allowed opportunities to slip away. For example, in 2002, they had a chance to buy Google, but the CEO of Yahoo refused to finalize the deal. In 2006, Yahoo also had the opportunity to buy Facebook, but Yahoo lowered its offer, pushing Mark Zuckerberg to back out.

Yahoo’s decision-makers failed to recognize a great deal and were afraid to take risks. Moreover, they could have been enjoying substantial market shares in the tech industry only if they did not mess up these deals with today’s most prominent players in their fields.

STAY ON TOP OF YOUR BUSINESS OPERATIONS

The companies mentioned above share a common denominator: having accountable members who would lead in building their business strategies, implementing them, and making wise decisions.

According to the recent report of Hubstaff, 25% of managers say an absence of accountability is one of the biggest challenges in their team, resulting in poor performance, low team morale, low employee retention, and decreased output. This puts businesses at risk, as people aren’t delivering their expected performance and commitment to the organization.

However, accountability is something that managers should not constantly ask from their staff if they don’t show it themselves. In fact, another study revealed that 85% of leaders aren’t even clear about their expectations. Without this, staff will struggle to know what’s expected of them. As a result, they won’t be able to show their fullest potential and contribute generously to the company as they don’t have standards to follow.

This is why any organization must have a business tool to see which staff or managers are performing well, determine areas of improvement, and address rising problems within the team through data-backed conclusions.

Companies can do this with The Sales Machine integrated into their business process. It is a business-winning solution that helps maximize sales, increase profitability, and deliver exceptional customer service.

Learn more about The Sales Machine at www.thesalesmachine.com.

Menu
© All Rights Reserved. 2022 The Sales Machine.
We use cookies on our website to give you the most relevant experience by remembering your preferences and repeat visits. By clicking “Accept All”, you consent to the use of ALL the cookies. However, you may visit "Cookie Settings" to provide a controlled consent.
Cookie SettingsAccept All
Manage consent

This website uses cookies to improve your experience while you navigate through the website. Out of these, the cookies that are categorized as necessary are stored on your browser as they are essential for the working of basic functionalities of the website. We also use third-party cookies that help us analyze and understand how you use this website. These cookies will be stored in your browser only with your consent. You also have the option to opt-out of these cookies. But opting out of some of these cookies may affect your browsing experience.
Necessary Always Enabled
Necessary cookies are absolutely essential for the website to function properly. These cookies ensure basic functionalities and security features of the website, anonymously.
Functional
Functional cookies help to perform certain functionalities like sharing the content of the website on social media platforms, collect feedbacks, and other third-party features.
Performance
Performance cookies are used to understand and analyze the key performance indexes of the website which helps in delivering a better user experience for the visitors.
Analytics
Analytical cookies are used to understand how visitors interact with the website. These cookies help provide information on metrics the number of visitors, bounce rate, traffic source, etc.
Advertisement
Advertisement cookies are used to provide visitors with relevant ads and marketing campaigns. These cookies track visitors across websites and collect information to provide customized ads.
Others
Other uncategorized cookies are those that are being analyzed and have not been classified into a category as yet.
SAVE & ACCEPT